Dope KNife is an emcee/producer from Savannah, Georgia who has been making music for over a decade, getting started with the Dope Sandwich collective. In more recent years, he’s been building his solo career, releasing an EP on Fake Four, and then his most recent album, NineteenEightyFour, on Strange Famous. Now he comes back on another significant indie hip hop label, Brick Records, to release his newest album, Things Got Worse.

Now with a title like Things Got Worse, you might be thinking that this is a pessimistic, cynical, or gloomy album, but that’s not quite the case. Dope KNife’s production does tend toward the darker side of things, with deliberate midtempo drums and melodic elements in minor keys, but there’s also a certain amount of space to the production that gives you room to breathe. Lyrically, Dope KNife isn’t trying to be pessimistic as much as he’s just trying to be realistic – in the two years since his last album, things in this country and beyond have gotten significantly worse, and he’s not about to sugar coat anything, because that doesn’t really help things. Over the course of the album, Dope KNife covers a wide variety of topics, and it’s not always a one to one ratio with each song. On “Make Perfect,” Dope KNife talks his shit and makes you sure that you know that it takes a lot of work and practice to get where he is in this indie rap game. On “Biggest Loser,” and elsewhere across the album, Dope KNife will be talking his shit, but then casually refer to his personal experiences with police brutality, giving a certain amount of weight to the issue by being so matter-of-fact about it. There are some moments where Dope KNife really opens up about his personal life, such as on “Spotless Mind,” which sees him discussing his relationship with his dad at length, or “Oh God,” which see Dope KNife leading a really nuanced discussion about religion and his relationship with organized religion as an atheist. It also helps matters that Dope KNife does have a sarcastic sense of humor, which helps him deal with how bad society is right now, and it provides some moments of levity across that album. It also helps that Dope KNife has an attitude on the album that seems to say, “Things are bad out right now, so I’m going to control what I can control, and just do the best that I can.” It all comes together to make a really thoughtful and impactful album.

Dope KNife has steadily been building a really solid discography over the years, and Things Got Worse continues the strong work he had been putting in over his last couple of releases. It’s smart, confident, and full of thoughtful discussion of a variety of topics, all delivered with a mix of raw honesty and sarcastic humor. 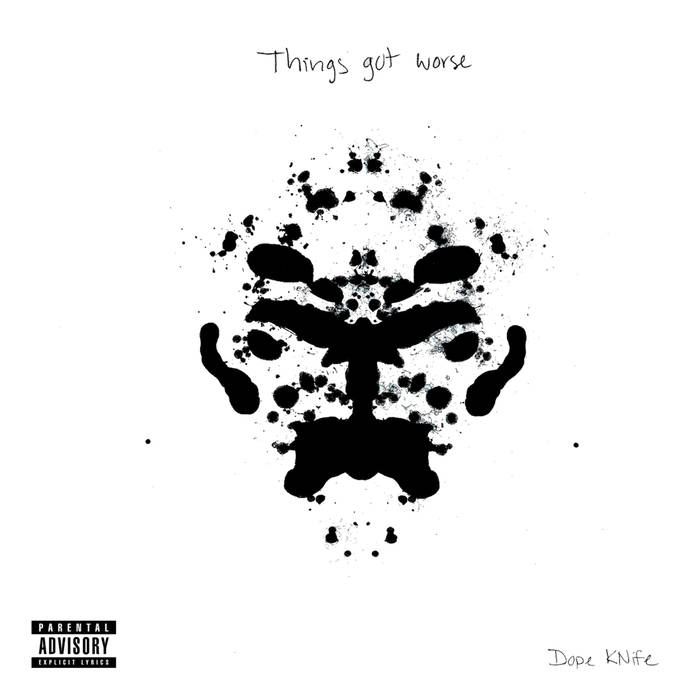