D-FAZ is a new group featuring emcee BRZOWSKI and the “Studio Pirate” team from Lyon, France. They met up about 4 years ago while BRZOWSKI was on tour. After this initial meeting, they stayed in touch and kept seriously pursuing this project. Recently, the three-person “Studio Pirate” team brought in one more member, whom they call NoizeMaker. That seemed to be the missing ingredient, because we now have their finished debut album, OneNationUnderDog.

If you’re not familiar with BRZOWSKI’s work, you might not be prepared for how “metal” this release is, especially with the opening track, “The Questionable Ticket.” Granted, not all of his projects have been that metal, but he was also in Vinyl Cape, so that part of him is always there. When listening to that opening track, I did have to double check the liner notes of the album, just because that song in particular sounds very metal. Sure enough, though, the group was able to craft that sound with a lineup of Will on guitar/synth/machines, NoizeMaker on synth/machines, Yako on drums/machines, and Orel Samples as DJ. If you’re not that big of a metal fan, don’t worry, though, because the album evolves and unfolds from there. As long as you’re up for some dark, experimental hip hop, electronic, and industrial music D-FAZ has you covered. BRZOWSKI is delivering verbose, philosophical verses about society, this time focusing on the concept of “us” vs. “them,” along with a few big hooks, all in that gruff low voice that he’s known for. The rest of the group is a bit of an unknown, at least to those of us in the U.S., but they prove to be pretty interesting, bringing together a really interesting mix of live instrumentation and experimental electronic elements. This becomes really clear on an instrumental track like “Rosebud,” which allows them enough space to show how they are able to bring these disparate elements together and really develop a song and take you through all the motions. The real X-factor to the album is Oddateee, who appears on two tracks, “Creatures,” and “As A Criminal.” He brings just the right amount of New York emcee/punk rock attitude to the proceedings to kick things up a notch.

D-FAZ won’t be for everyone, but that’s okay. It’s pretty dark and weird and experimental. For those who are feeling like adventurous listeners, though, OneNationUnderDog has plenty of twists and turns and interesting intersections and combinations of sounds and lyrics. This certainly doesn’t sound like most albums out right now. 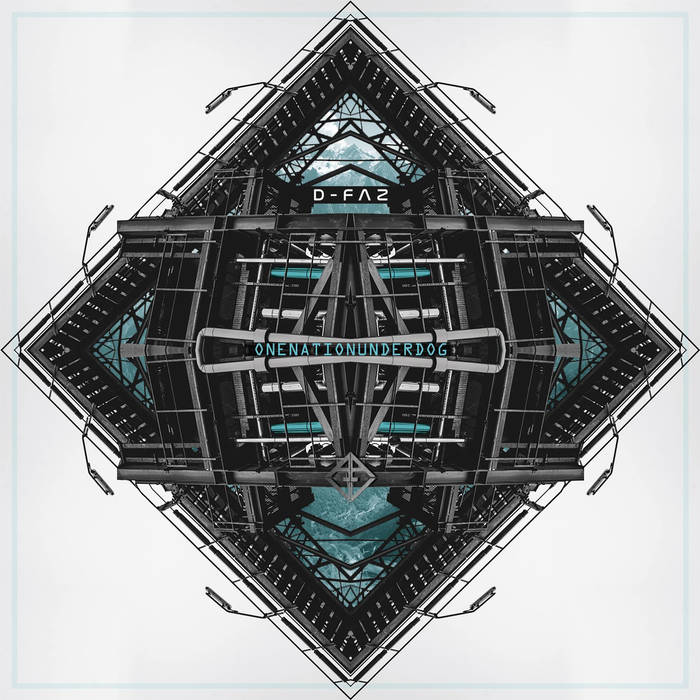 Previous: Kognitif - SOUL FOOD II Next: Cyesm - The Sinner and the Priest