Cyesm is a producer from France who has been making music for over twenty years. Over the course of those twenty years, he hasn’t done just one thing musically, but many, many different things. Because his catalogue has been so varied over the years, when each new release comes along, I literally have no idea what it might sound like. It could be some trip hop, it could be classical, or it could be some experimental electronic music, just to name a few. His last release came back in January, when he released Music For Your Stories, an imaginary soundtrack designed to let your imagination run wild. Now he’s come back to top that with his most ambitious release to date, The Sinner and the Priest.

With the release of this album, Cyesm just gave this explanation:

“The Sinner and The Priest is an instrumental whodunit. The story begins in 1932, in the Mississippi State Penitentiary. It’s about love, flight and the difficult path to freedom.”

This is a fascinating and enigmatic statement that might get the wheels spinning in your head, but it’s also hard to know exactly how that will play out musically. Once again, when it came to pressing play on a Cyesm project, I had no real idea of what to expect. Even with all of that, Cyesm still managed to somehow defy the expectations I would have had. That’s because The Sinner and the Priest is one of the boldest, engaging, and challenging records I’ve listened to over the past several years. Nothing about this album is happening by accident, as made evident by the twenty “chapters” on the album that give you some outline of the story, starting with “Prisonners at Parchman Farm” and ending with “An Afternoon in 1965.” Over the course of the album, Cyesm manages to work in a myriad of different musical styles, from classical to Dixieland jazz to bluegrass to the blues to hip hop and electronic music. This would be a lot for most musicians to take on, but Cyesm has clearly been working up to this point for a long time, and he finds a way to cover all of the ground and still have everything make sense when it’s all together. Everything is done in the service of this story that he’s mapped out, and he puts it on himself to figure out how to best communicate the actions and emotions of the narrative. It could be with strings, it could be with a banjo, it could be with a saxophone, or it could be some subtle hip hop or electronic production, or it could be any combination of these things. You just never know what is coming around the corner, you just know that it is going to make you think and make you feel. The album has been so carefully constructed by Cyesm, all you really need to do is get comfortable, press play, and then let your imagination run wild as he guides you through this musical journey.

There are few things as satisfying as being able to enjoy an artist at the pinnacle of their abilities. If you want to know why Cyesm is special and why you should be paying attention to him, look no further than The Sinner and The Priest. You’ll be hard pressed to find an album that is so daring and rewarding a listening experience as this one. 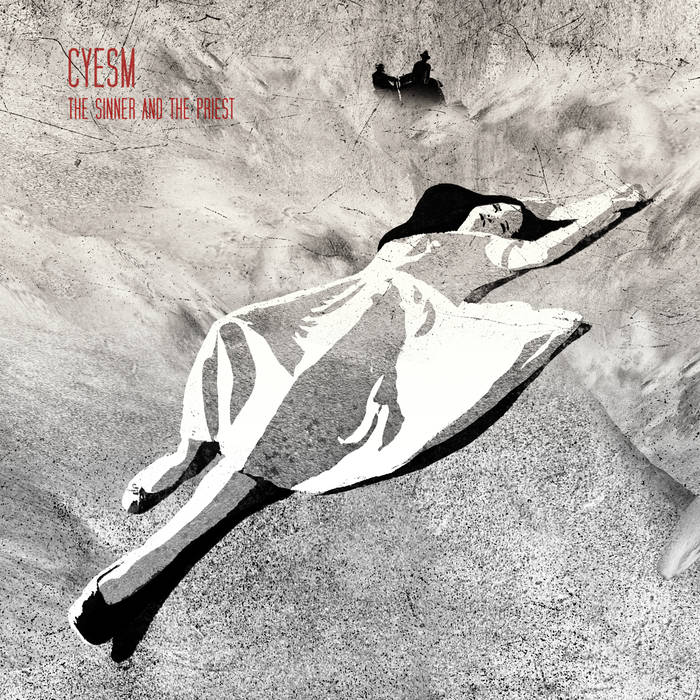 Previous: D-FAZ - OneNationUnderDog Next: Happy Tooth & Dug - All In Your Head