While much of the Midwest has been putting their own stamp on hip hop for years, one city that hasn’t gotten much attention at all is Indianapolis. One duo that has been putting in the work over the course of this decade, though, is Cicada Shells. Comprised of emcee Lorax and producer Defame, they’ve been releasing music since the beginning of the decade, with their most recent album, Forest Noise, coming out in 2017. Now they’ve returned with a new project, Laura Dern EP.

Using one of the finest actresses of her generation as a framing mechanism for the EP, Defame also adds a few audio clips from Laura Dern throughout the project, usually to set the scene for a song before he and Lorax get to it. Defame creates a hazy, dreamy soundscape on the EP, which is largely downtempo, employing a number of novelty samples alongside some jazz and psychedelic sources to create a style that wavers between comfortable and jarring. Every time you think you’ve figured out where Defame is going with things, or think you’ve settled into a groove, he switches things up, maybe distorting a sample, shifting a pitch, or switching up the rhythmic pattern. Lorax has been Defame’s partner in crime for a while now, and one of the reasons it works is because Lorax is just as abstract on the mic as Defame is with the production. He’s got a clear and fairly straightforward delivery, but lyrically he’s not that interested in your typical rhymes. Instead, on this project, he’s making obtuse references to Dern movies such as Wild at Heart, which then make you lean in and try to unpack the loaded phrases and allusions that Lorax is dropping to try to understand what he’s saying. Look, this is a weird project from some left field cats – it won’t be for everyone. But for those looking for something a little different and who are willing to put in the work as listeners, this is a rewarding project to listen to.

Cicada Shells aren’t necessarily going to put Indianapolis on the map, but they do serve as a reminder that talent can bloom anywhere, you just need to go looking for it. Defame and Lorax have been making challenging hip hop for years now, and Laura Dern EP is another excellent addition to their discography. 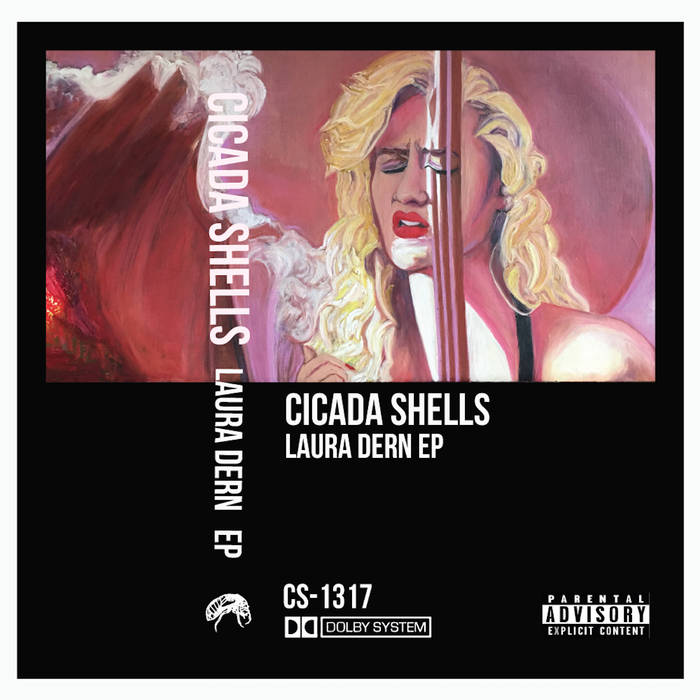