Chris Orrick is the Michigan emcee who first came to prominence as a member of Ugly Heroes, back when he was rapping under the name Red Pill. Starting with his 2018 solo album, Portraits, he decided to start using his given name on his releases. Going back to his 2016 release, Instinctive Drowning, Orrick made a marked shift in tone in his material as he opened up much more about his personal life and mental health. He continues down that path with his latest album, Out To Sea.

For the album, Orrick gets production from S I M, [email protected], Charlie Beans, Suhki Beats, Nolan the Ninja, and Alcapella. Over the course of nine tracks, they provide him with some great jazz and soul-sampling boom bap beats to rhyme over, kicking up the overall tempo just a little bit overall compared to his most recent releases. This helps set the tone for the lyrical content of the album. While his most recent output has largely been dealing with his own mental health, addiction, personal relationships, and family history, on Out To Sea, Orrick shifts his perspective outward, trying to make sense of how toxic American society has become in 2019. There are a few different ways to an approach an album like that. One is the more overtly political approach, rapping about power structures and citing sources. This can be effective if that’s naturally where you’re coming from, which is why it fits someone like Bambu. That’s not exactly the same lane that Orrick has been in, so he doesn’t try to radically shift gears and completely overhaul his style. What he finds to be really affective on this album is to stick to personal storytelling, sometimes taking on the assumed voice of other characters, and putting listeners in the shoes of those experiencing the different issues facing Americans today. These issues could be anything from poor eating/drinking habits to Internet usage to using humor to mask bad behavior. They could also be more obvious topics for someone like Orrick, such as mental health, or putting on for Detroit hip hop. The keys here are that Orrick stays true to himself as an emcee, and that he does a great job of using empathy in voicing the viewpoints of these other characters, while still pointing out where they might be hurting others. It’s a delicate balance, but Orrick has been at this long enough to have figured out how to pull it off. On top of all of this, he still manages to find room for himself to flex a little clever wordplay and switch up his flows and just have fun with thing as well.

Orrick has been steadily building his career over the course of this decade, and Out To Sea is a testament to how he pushed himself to keep getting better. On the surface, this is a fun album to listen to, with funky beats and good hooks, but it’s also full of so much more substance when dig just a little deeper. That’s what makes this album stand out from the rest of the pack. 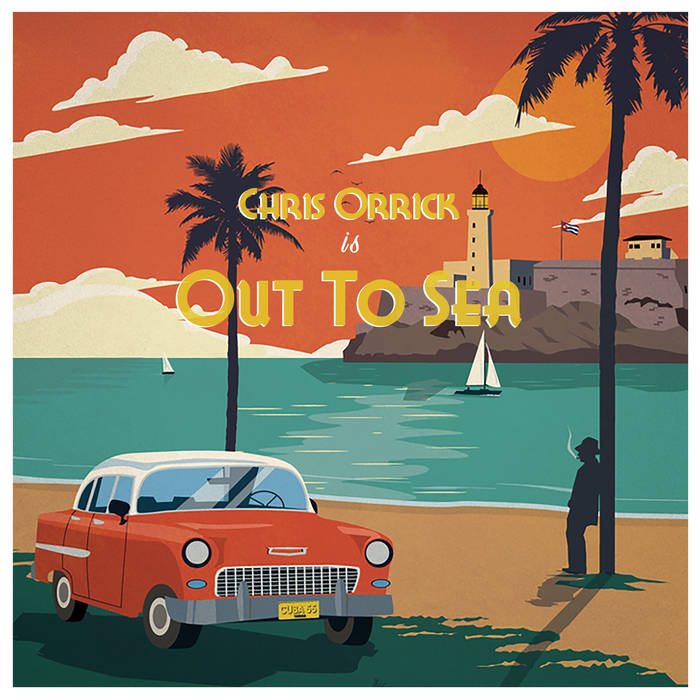 Previous: Wordsworth & Pearl Gates - Champion Sounds Next: Psalm One - Flight of the Wig