Brycon is a producer from San Francisco who has been releasing music a while now. In recent years, he’s collaborated with artists such as Dregs One and Equipto on different projects. He’s been especially busy in 2020, with releases like the instrumental project Lobster Toes, his annual Halloween release There’s No More Room in Hell, and a collaborative project with emcee Amani Jade, The Cleansing. Now he’s right back with another instrumental project, Brutalism (EP).

Brutalism (EP) is an easy project to understand and enjoy. This is a producer in Brycon just showing you his full range as a musician as he builds really well developed grooves built off of samples, but then fleshed out with live instrumentation. The EP opens with “The Other Side of the Fence,” which begins with an homage to a classic DJ Premier/Gangstarr beat, but then takes off in a completely different direction. From that moment, you’re off to the races, where Brycon is mixing together soul, jazz, funk, and psychedelic music to form some nice midtempo West Coast hip hop, the kind you can you turn up and chill out to. He gets some excellent assists along the ways, such as Chris Keys on keys, Andres Lopez on bass, Chris Haynes on sax, and The Genie on guitar. Each one adds just a little bit of flavor to their respective tracks, but they all make sure they are playing within the composition and serving the greater overall vision of the songs. It all comes together to form an EP that you can listen to over and over again and appreciate a new layer or nuance each time through.

Brycon has had a productive 2020, and each project has been pretty distinct as well. Brutalism (EP) is a nice addition to his catalogue, and a chance for him to just really dive into some grooves and explore different musical ideas, while still keeping things cohesive and easy to enjoy. 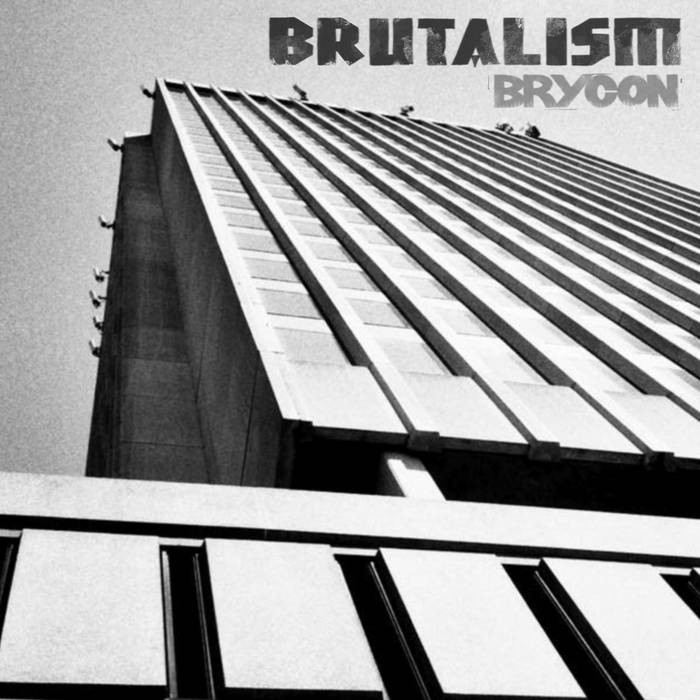