Two years ago, Houston emcee Anti-Lilly broke out of a funk by teaming up with Portland, Maine producer Phoniks and released his first album in years, It’s Nice Outside. The partnership worked so well, the two have run it back to make another album, That’s The World.

That’s The World feels like a natural continuation of It’s Nice Outside, and not just because the same artists are involved. It’s Nice Outside was the result of Phoniks connecting with Anti-Lilly and helping him to use music to break out of a prolonged period of depression. The result was this beautiful, introspective album full of confessional lyricism and gentle soul/jazz grooves. As you move into That’s The World, there is this natural progression where Anti-Lilly shifts his lyricism to balance personal story telling with lyricism that looks at the world at large, discussing philosophy, politics, and just finding out where he fits in the larger society. Phoniks has a real knack for creating these gentle, soulful grooves that balance elements of soul and jazz, exquisitely and tastefully constructed. They have enough of a beat to them to get your head bobbing, but they are also intimate enough to encourage listeners to lean in and pay attention to the lyrics. This style really works well with Anti-Lilly, who as an emcee never has to raise his voice or try to hard to come up with big hooks or anything like that. What makes him special on the mic is just how open and honest he is with his lyricism, working his way through everything through mental health to his relationship with his family to big picture topics like race, class, and politics, to deeper philosophical questions about what our purpose on this planet, which can seem indifferent at times, really is. It’s the type of album that works really well on headphones, letting the words and grooves bounce around your head, putting yourself in conversation with all of the discussion being led by Anti-Lilly.

Anti-Lilly and Phoniks make a great duo, and they come together to make some really beautiful and mature hip hop. That’s The World never needs to raise it’s voice to be heard. Instead, it just lays out some incredibly thoughtful music and just waits for the listeners who are ready to put in the time. Those listeners are then rewarded with some of the best hip hop made this year. 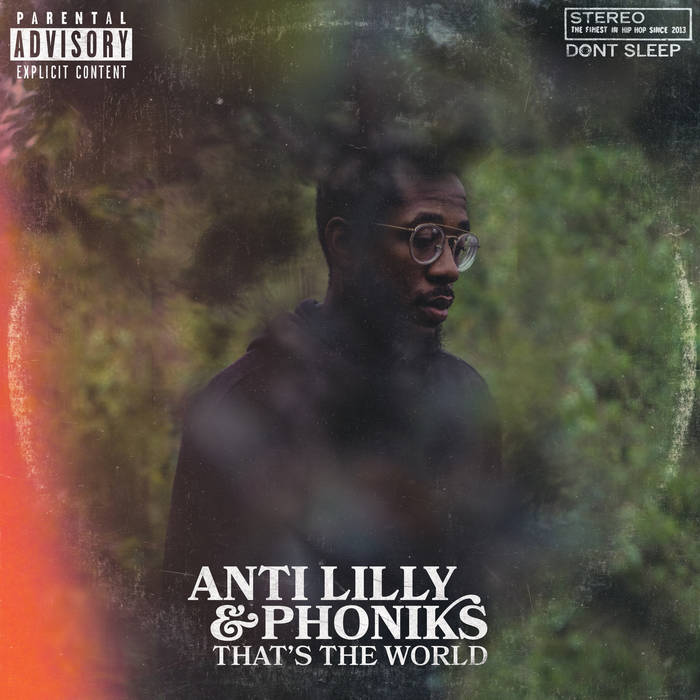