Anna Wise is an artist now based in Brooklyn, but best known for her West Coast connections, namely for winning a Grammy for her collaboration with Kendrick Lamar on “These Walls.” She’s also quite the accomplished solo artist, though, garnering much acclaim for her two solo EPs, The Feminine: Act I & II, which showcased not just her vocal talents, but her abilities as a songwriter and producer as well. In the two years since the last volume, Wise has gone through some personal changes, including giving birth, but she’s now back with her first full-length solo album, As If It Were Forever.

When Wise was constructing her two EPs, the discussion was more outward, focusing on the ways in which society shapes our perceptions of gender and sexuality. In going into her solo album, she’s looking inward, focusing on the changes in her personal life, her relationships with other musicians, and just her personal well-being. In doing so, she’s also gotten back to her roots as a collaborator, bringing in everyone - Little Simz, Denzel Curry, Gwen Bunn, mndsgn., Carter Lang, Jake Sherman, Pink Siifu, Sid Sriram, Jonathan Ellington, Simon Marvin, Paul Bender, Zeke Mishanec, and Dane Orr. In doing so, she’s able to bring out all the different sides of herself as an artist, as we get touches of hip hop, experimental electronic music, electro-boogie, R&B, jazz, and post-rock, just to name a few. It’s an album that at different times reminds me o1f Erykah Badu, Sade, His Name is Alive, tUnE-yArDs, and Tom Misch, just to name a few. She makes it work because she’s always finding a connecting point from one moment to the next, so the transitions are always seamless and in turn very revealing about how all this music can be put in conversation with each other. At the forefront of the album and the through line that connects everything is Wise’s voice. She will often sing with some restraint as she works in these jazz and classical-inspired vocal lines, but she can really let go and overwhelm with the power of her voice when the music calls for it. She just picks her moments carefully. Any way she’s singing, she’s singing these words with a lot of thought and emotion as she’s taking stock of all of the life changes she’s gone through over the last few years, and what she’s learned about herself and what truly matters in life. It’s an album that pushes you out of your comfort zone just a little, but in a very encouraging way. As Wise looks inward, she’s also encouraging you to do the same, to think about your own values and personal relationships.

Anna Wise established herself not only as a talent a few years back, but also as an artist that can’t be easily boxed in. As she now delivers her first full-length solo album, she just furthers what we already knew – she has incredible musical vision and she’s not afraid to take risks, but she’s also aware enough to make sure the communication is clear and effective and the emotional content comes through above everything else. That’s no easy feat, but Wise has achieved that with As If It Were Forever. 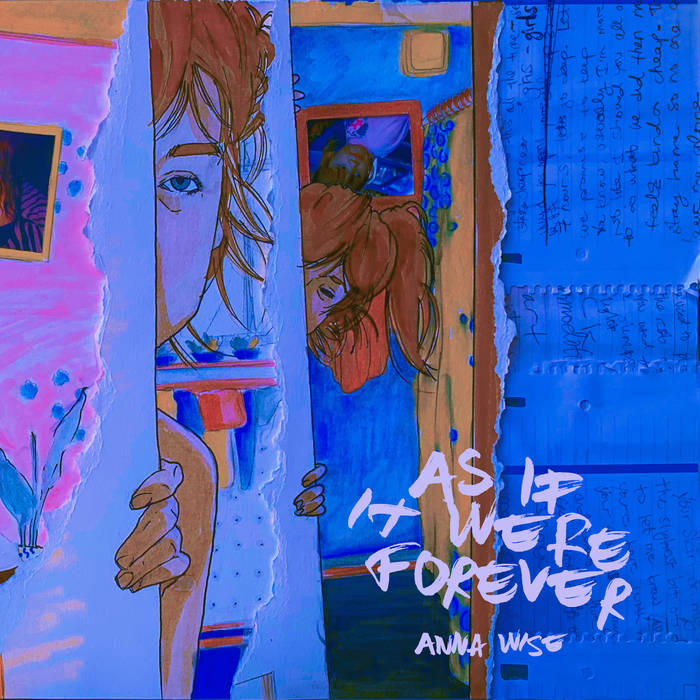 Previous: The Vapor Caves - Feel Yourself Next: Hemlock Ernst & Kenny Segal - Back to the House