If you don’t recognize the name The Dirty Sample, there’s a chance you might know the Calgary producer by one of his other names, including Apeface, Planit, or 2 Blue Apes. Any way you slice it, he’s been making music for about fifteen years, with his last instrumental project, Pay Up, which came out in 2016. Now he’s back with another full-length, NO!.

With seventeen tracks coming in at about 32 minutes, you can do the math and figure out that this is an album that is less about the individual track, and more about the journey across the different beats. There’s enough development to each beat to keep each track interesting on its own, but it’s more about establishing a general mood, groove, or feeling and blending it between two other tracks. As you might guess by his performing name, this is a collection of sample-based hip hop production, with a lot of midtempo boom bap as his sweet spot. There’s also not a lot of guess work as to the flow of the album, since The Dirty Sample has kept to a pretty simple naming convention, with all of the tracks titled things such as, “Workin’,” “Drummin’,” “Menacin’,” or “Funkin’” just as an example. As a result, it’s an album that works really well on headphones, where you can listen to it all the way through and let you mind wander and just go through the range of emotions that The Dirty Sample has pulled out of his beats.

NO! isn’t an album with a standout track, but it’s not really built that way. It’s more a practice in overall mood and soundscape, something you can sit with and absorb and let sink in for a while. It’s an interesting project in that regard, a really understated project from a veteran producer like The Dirty Sample. 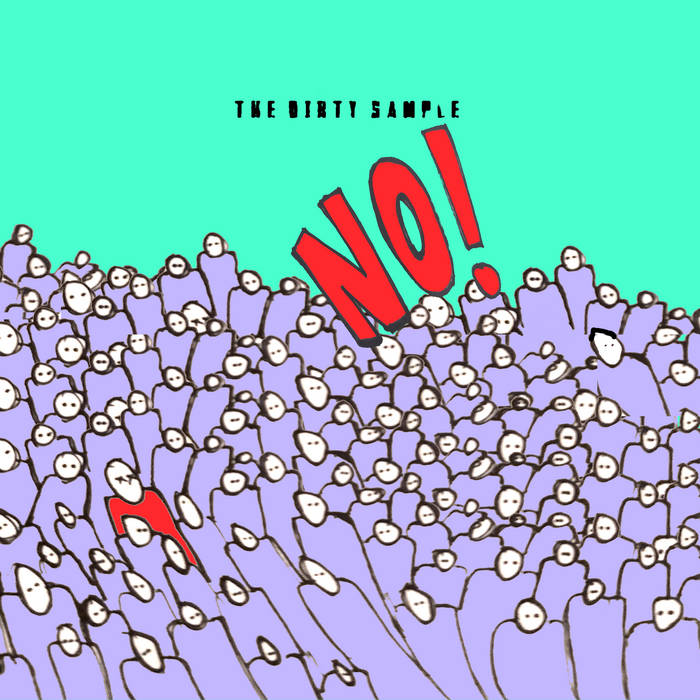