Over the years, k-os has won me over with his unique blend of hip-hop, reggae, rock, and R&B. While I haven’t loved everything he’s done, I’ve always appreciated his unique voice. I never listen to k-os and think he’s anyone else but himself. And when he does find a perfect blend in his music, it can really be something. Anybody who’s listened to “B-Boy Stance,” “Superstar Part Zero,” or “Sunday Morning” can attest to this. YES! finally gets a U.S. release after being out for about a year in his native Canada. While there a few moments where I don’t agree with the musical choices made (read: use of auto-tune in “Astronaut”), I’d call this album a success.

There are a few moments that I was worried about before listening to the album, namely the name of “I Wish I Knew Natalie Portman,” and the use of a Phantom Planet sample, but I can say with honesty that it’s one of my favorite tracks on the album. In fact, many of the tracks have really grown on me. “4 3 2 1,” is a great soulful song about taking a fresh look at a relationship.

There are a few songs that don’t quite come together, such as “WhipC.R.E.A.M.,” which is something of a trite song about a gold digger, but k-os hits more than he misses. While I’m still waiting for the day where k-os realizes his full potential across an entire album, I’ll always appreciate the unique efforts he makes in music. 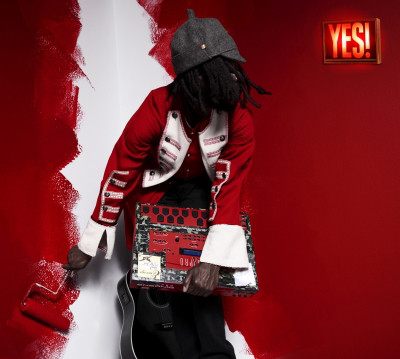