Dillon is an emcee and producer from Atlanta (though originally from Jacksonville) and one of the founders of Full Plate. Over the years, he’s worked on projects with his partner Paten Locke, producer Batsauce, Boog Brown, H20, and others. Now, after all this time, he’s finally giving us his first true solo album, but with a twist – this is a concept album based around a character he created a few years back, The Tails of Lobsterdamus.

First things first – this album is wild. Normally, when someone sets out to make their first solo album, they tend to make an album that introduces themselves to listeners. Dilllon said, “fuck that!” and made a concept album based around a character named Lobsterdamus, an alien lobster who has come to earth to save humanity from itself and find his love, Lobby Dame. If that wasn’t enough, Dillon also seems to be channeling Black cinema of the 1970s, both sonically and with his character, a hyper-masculine flawed hero who often takes things too far, thinking that the ends will justify the means. Sonically, the album reminds me a bit of Camp Lo’s Uptown Saturday Night, with it’s use of ‘70s cinematic funk, but also with a touch of Madlib as well, as interesting sharp turns and obscure samples will have listeners scratching their heads as they try to figure out all of the elements that Dillon has going on at any given moment. Ultimately, though, this album is just really damn funky and exciting to listen to. Lyrically, it’s quite bizarre, feeling like Serengeti and Madlib had a baby, and the result was a lobster alien who feels like he watched a lot of Dolomite movies. It’s humorous, to be sure, but it’s not without it’s thoughtful moments here and there as well. Overall, it’s quite the interesting ride, and one that was quite unexpected. The only thing I’d say here is that the album could be tightened up just slightly, maybe trimming the experience down by about two songs, just so no momentum was lost on the listeners.

I think it’s safe to say that you won’t hear another album like The Tails of Lobsterdamus this year. It’s wildly creative, funny, interesting, and very, very funky. Dillon really pushed himself to create something different for his first solo effort. 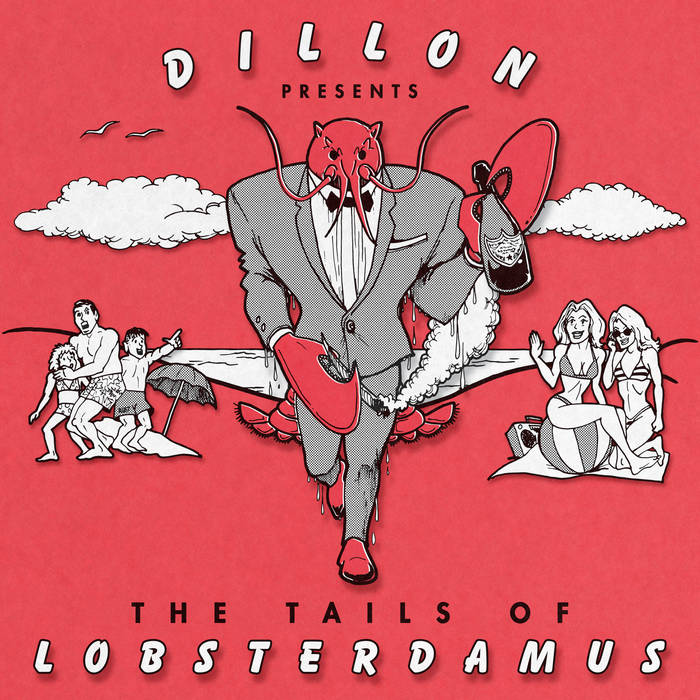