Devin Burgess is a producer from Cincinnati who has been releasing music at a fairly prolific pace for about the past six years. Just this past April, he released a project influenced by all the terrible things that had happened in 2020 called Wait On It. Because the year was far from done, we now get a new project for our times, SayTheirNames.

As you might guess from the title of this album, SayTheirNames is a project devoted to those Black people who have recently been murdered by racist cops, the reason the streets across the country and around the world have been flooded over the past couple of weeks. In Burgess’s case, he’s working in the world of instrumental hip hop, so a good portion of this project is about creating mood and soundscapes. Over the course of eleven tracks, we move from sad and mournful to meditative and peaceful to angry and fed up, all conveyed by Burgess cleverly flipping some samples and manipulating them into some downtempo tracks that will hit you with the right emotions. He also does an excellent job in framing each track with short audio clips, usually from the news, whether it be an anchor or someone talking to a reporter on the scene. This helps give context to each track, which have all be named for those Black men and women who have needlessly been murdered while we’re left to search for justice, such as George Floyd, Breonna Taylor, Ahmaud Arbery, Sandra Bland, Sam Dubose, Philando Castile, Atatiana Jefferson, Aiyana Stanley Jones, Alton Sterling, and Botham Jean. Add in one more track for a “Rage Interlude,” and you’ve got a soundtrack for June 2020.

SayTheirNames is a fitting and timely tribute to those Black Americans that were senselessly murdered by those that are supposedly here to “Serve and protect.” It’s a beautiful musical composition that takes you through all of the emotions, and it honors those that are pushing the rest of us to fight for justice. 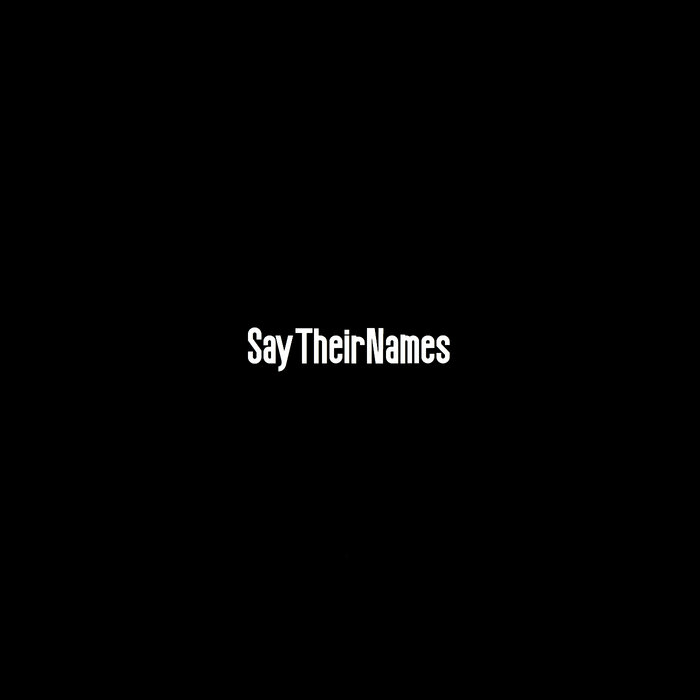