Bambu is an emcee from Los Angeles that started putting out music in the mid-‘00s, both as a solo artist and as part of the group Native Guns with Kiwi and DJ Phatrick. He really hit his stride in the 2010s, will albums like Party Worker and Prey For The Devil. Most recently, he had been working on a series of EPs called Exrcising a Demon, with the first two volumes coming out in 2018 and 2019. Now he’s back with a different project, Sharpest Tool in the Shed.

We’ve gotten a lot of political hip hop in 2020, but when the artist is as good as Bambu and bring to the table not just experience as an emcee but as a community activist, there is definitely room for one more at the table with Sharpest Tool in the Shed. There are a few reasons that this EP hits so hard, but the number one reason is that Bambu understands on a fundamental level that it doesn’t matter what kind of message you’re trying to put in your music – first and foremost, you have to deliver dope beats and rhymes. You can make people eat their vegetables, but you got season them up right and sauté or grill them if you want to them to like it and come back for more. With beats from Otayo Dub, Leftie Music, Mister REY, Pele, and Fatgums, the EP is full of fat West Coast boom bap beats that will make your neck snap, which then sets the stage for Bambu to go in on the current situation. And to no one’s surprise, he goes in hard with one of his most urgent projects in a minute. From the opening, “We Got Guns,” to the closing “Samoan Cricket Bat,” Bambu is giving you dope rhymes and killer hooks while he raps at you about everything from ICE to gentrification to police brutality to community organizing, just to scratch the surface. Really, what Bambu does best as an artist is that he forces you to think things through and not only decide where you stand, but to think about how you will take that stand. On top of all this, we also get some really thoughtful and careful placement of some audio clips in between songs that will also really appeal both to you emotion and your intelligence as you process these songs.

Bambu didn’t have to get ready, because he stayed ready, and Sharpest Tool in the Shed is just the fire to light under all of our asses, just in case we were getting a little burnt out as we go into the last couple months of 2020. There are a lot of issues, they’re all important, and Bambu gave you the soundtrack to think things through and then go out and take some action. 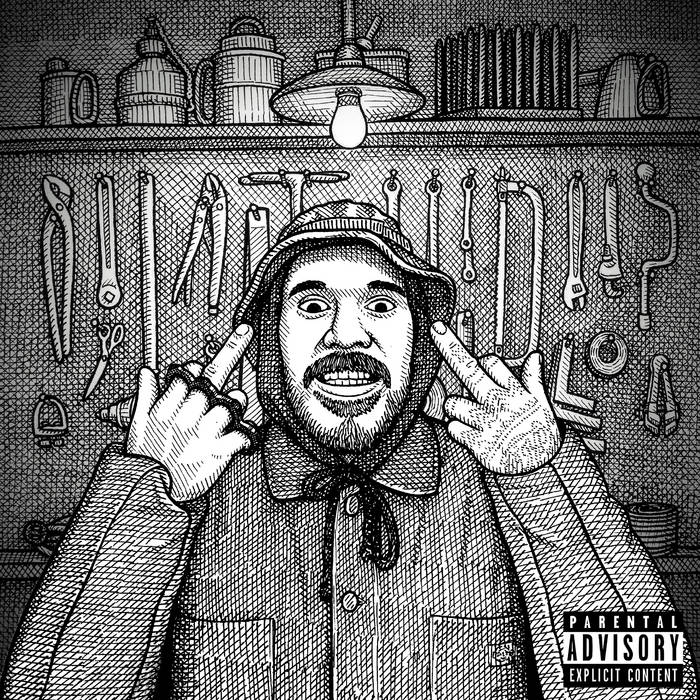