Nappy Nina is an emcee originally from Oakland, but now based in Brooklyn. She’s been releasing music for about six years now, with her latest release, 30 Bag, coming in May of last year. Now she’s teamed up with Jersey producer JWords to release a new album, Double Down.

It’s always nice when an artist pairs up with a producer and you get a new, distinctive sound. Not that I haven’t enjoyed her previous work, but if Nina wanted to make a second volume of 30 Bag, she could have called everyone from that project and ran things back. Instead of doing that, she decided to work with JWords, whose own unique production style pushes Nappy Nina to make some music that she might not have made otherwise. The production in question is taking inspiration from house, juke, and downtempo, giving you these pulsing shuffling rhythms that have a lot going on when you listen closely, but also allow you to step back and just vibe out to them as JWords creates these gentle sonic auras. Working with this style of production allows Nappy Nina to lay back a little bit on the mic and focus on the lyricism without having to worry about a big hook or anything like that. The result is that while you’re vibing to JWords’ beats, Nina is able to conversationally flow about important issues like race, sexuality, the music industry and more as she speaks her truth. The album is so subtle in its approach, it’s easy to miss things the first or second time through, but there’s so much information packed just below the surface here, you’ll want to keep coming back to catch something you missed the last time.

Double Down is a little bit of a slow burn, but once it sneaks up you, you’ll be hooked. JWords is bringing some really understated-yet-progressive production to the project, and Nappy Nina is then bobbing and weaving through the beats with intelligent and personal rhymes that will leave you with plenty of food for thought. 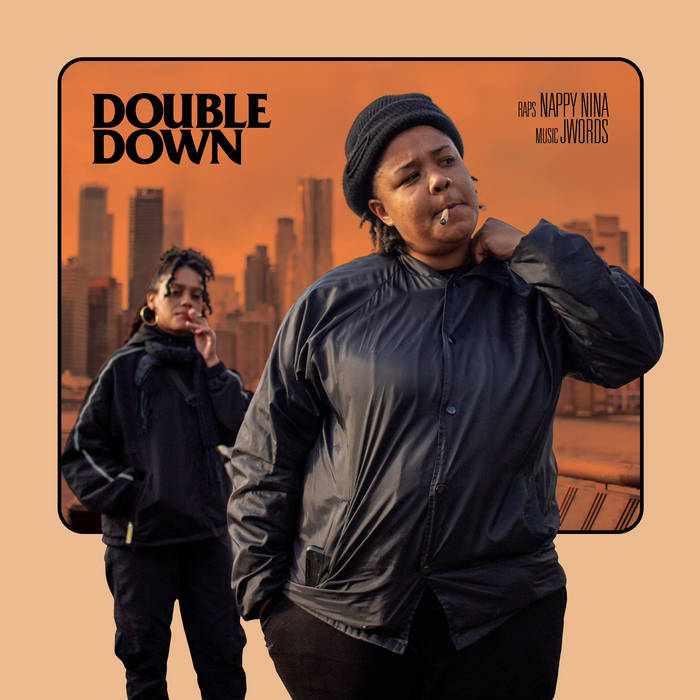