Mother Nature is the Chicago duo of emcees Klevah and TRUTH. They have been releasing music since 2016, but they made a big step forward last year when they released the album SZNZ with producer Boathouse. Now they are back with a different vibe, releasing a new EP with Chicago producer Renzell, Nature’s World.

If SZNZ was Mother Nature’s big statement announcing themselves to the national hip hop scene, Nature’s World is them taking a step back and reflecting on the world around them. Renzell helps out with some really beautiful modern R&B and downtempo vibes across the six tracks. It’s the type of music that just instantly sets you at ease, knowing that Renzell has these beats on lockdown with these gentle grooves. This opens up the EP for Mother Nature, who sing and rap their way across the six tracks. They find a little bit of room for some shit talking, but mostly this EP is about looking inward, then looking outward, and finding that balance between the two. Take care of yourself, take care of the world around you, and take the moment to reflect on how everything is intertwined. That’s the message woven into Nature’s World, and Mother Nature do a great job in conveying this in a beautiful way without every sounding too preachy or corny. They still come with the bars and deliver some memorable hooks, it’s just a much more laid back and peaceful tone this time around.

Mother Nature have been at this for a minute, and even though they broke through last year with a particular sound, they weren’t afraid to mix things up with Nature’s World. As a result, they get to expand upon what a Mother Nature project can sound like and redefine what you might think Mother Nature is as a group. Yeah, they can come hard and rhyme you under the table, but they can also lead a beautiful meditation on the world around them and bring you peace. 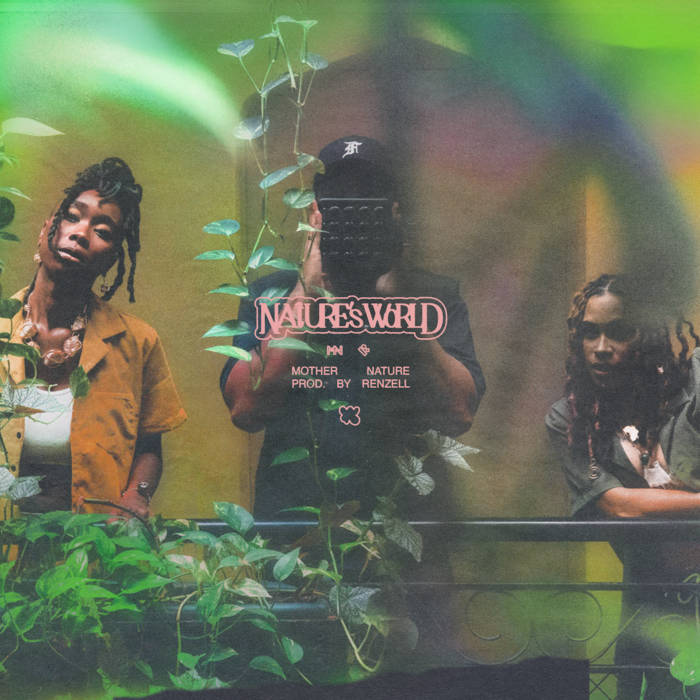