JB Nimble is an emcee currently living in New York, but formerly spent time in the bay, where he teamed up with artists such as OneWerd. His most recent album came just last August, when he dropped his solo album Moondog Orchestra. Now he has teamed up with New York producer Deacon LF for the full-length album, BUNNY.

First things first – while this album was released on Easter and it is titled BUNNY, the album itself is not Easter-themed. I don’t know why they made that choice, but the album inside this packaging is just a regular indie hip hop album. Deacon LF is relatively new to the scene, but one listen to BUNNY and you’ll soon get why JB Nimble wanted to work with him. Deacon LF is throwing down some really interesting beats with some unexpected samples, but he’s still making them bump. He definitely sounds like someone who spent some time with early Rhymesayers and anticon. releases. Most importantly, he and JB have great chemistry together, as JB sounds incredibly natural as he spits over LF’s beats. JB has a really versatile flow, where he’s able to move really quickly and bounce around one beat as he drops some abstract stream-of-consciousness rhymes, but then he’s also able to slow things down and speak really clearly when he wants to deliver an important message about misogyny or partner abuse. It’s an album that really runs the gamut, from moments of self-deprecating humor to philosophical musings to long form narratives. It’s an album that for all of it’s challenging elements still remains accessible. You can dig deep and peel away all the layers that Nimble and Deacon have laid down, but you can also bump this on your stereo and nod you head along to the grooves.

JB Nimble is a veteran emcee, and he found a great partner to work with in producer Deacon LF. They complement each other really well, and they’ve given us an album in BUNNY that is both heartfelt and intelligent, while also giving us an album that is just fun to listen to. 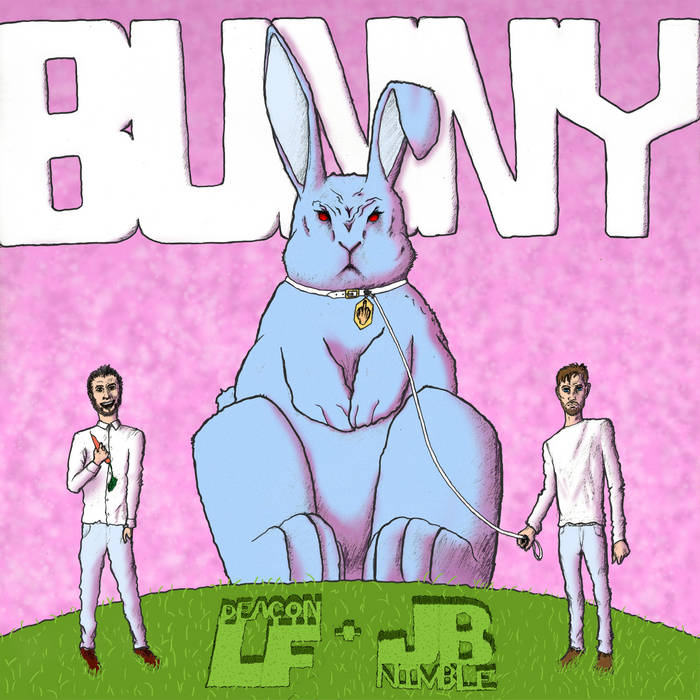