greencarpetedstairs is one of the newest additions to Fake Four, the label that has become home to many of the top independent hip hop artists working today. However, this artist doesn’t fit quite as naturally amongst their existing roster as other recent additions such as Sadistik or Open Mike Eagle. This isn’t an indication of talent level on the part anyone involved, but rather of style. Open Mike Eagle and Sadistik feel right at home alongside acts like Busdriver and Astronautalis, but the electronic, moody, and atmospheric style of greencarpetedstairs takes more time getting adjusted to. I say all this mostly to alert readers to how different this release sounds compared to what we usually cover at Scratched Vinyl, and also to preface that I’m a little out of my comfort zone writing about this style of music, so bear with me.

There is some hip hop to greencarpetedstairs, to be fair, but that influence is buried further back in the mix, occasionally shining through on some drum beats and production techniques, but I wouldn’t classify this as a hip hop album, per se. So what is it? If I was forced to put a label on it, I’d say electronic-pop, but I don’t know if that would do it justice, so let’s put the labels aside for a moment. The artist that comes to mind the most when I listen to greencarpetedstairs is anticon. artist Baths, but the sound on this album is certainly darker in tone overall, and it more indebted to the shoegaze sound of 4AD, especially in terms of how he builds atmosphere. One could even draw a direct line through the 4AD catalogue from the Cocteau Twins to His Name Is Alive to the recent work of Grimes to get close to the sound that greencarpetedstairs has developed. There are layers and layers of different keyboard sounds built and developed over mostly down tempo beats, and the vocals tend to move from low and lost in the middle of the mix to high with reverb, floating high above the instrumentation, giving it a dreamlike quality. I can’t really say there are any particular standout tracks for me, but there aren’t any low points either, and the album plays through in one sitting very well. And for an album that relies more on mood and atmosphere than traditional hooks and melodies, that’s actually in it’s favor.

This album isn’t right in my wheelhouse, and it’s not what I’d expect from Fake Four, but it’s certainly grown on me in a short time. I don’t know what kind of crossover appeal greencarpetedstairs has to hip hop fans, but I do think there is a niche for him, and he’s very talented at what he does. Once the audience finds him, I expect they’ll stick around. 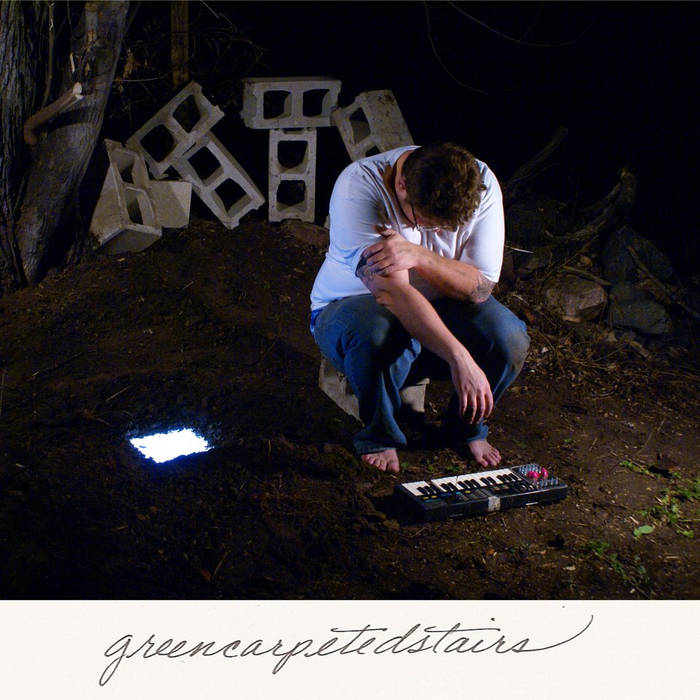