Equipto is a Bay Area emcee who has been working for years as a member of Bored Stiff, as a solo artist, and collaborating with artists such as Opio, Otayo Dubb, and Andre Nickatina, to name a few. Just last year, he teamed up with producer Brycon to release the excellent The Watershed. Now he comes back with a solo album, Few and Far Between.

For the album, Equipto assembles beats from Sinestro Enigma, Monk HTS, Evaclear, Bean One, Shayne Hill, Tahaj the First, Professor X, Laird, Otayo Dubb, and G-Pek, with some additional live instrumentation on bass and horns. The whole album comes together with this overarching sound of midtempo boom bap that draws heavily on soul and gospel. The whole thing feels like its at this very deliberate pace, which works well for two main reasons. One is that it allows Equipto to deliver his lyrics very clearly and put some weight on the words as he rhymes about social injustice, racism, activism, and community building, and self-improvement, among other things. The other is that it makes for a good marching soundtrack and listening to this album will surely make you want to get out and get involved with the issues that matter to you. We also get some excellent guest spots from Michael Marshall, White Mic, and Aukwin, who all add just a little bit of flavor and urgency to Equipto’s vision. In another artist’s hands, they might have just gone through the motions at this point in their careers, but Equipto isn’t just an emcee, he’s an activist living in an area of the country that has some of the most extreme examples of the haves and have nots, and he sees how much work still needs to be done to right the wrongs he sees every day, and it’s reflected in his music.

Equipto is a veteran of the Bay Area hip hop scene, and he knows just what it takes to make an album that is entertaining and sounds great coming out of your car stereo, while also giving you a lot of substantial lyrical content that will make you think and question yourself. Few and Far Between is a great effort that shows that Equipto is just as strong as ever. 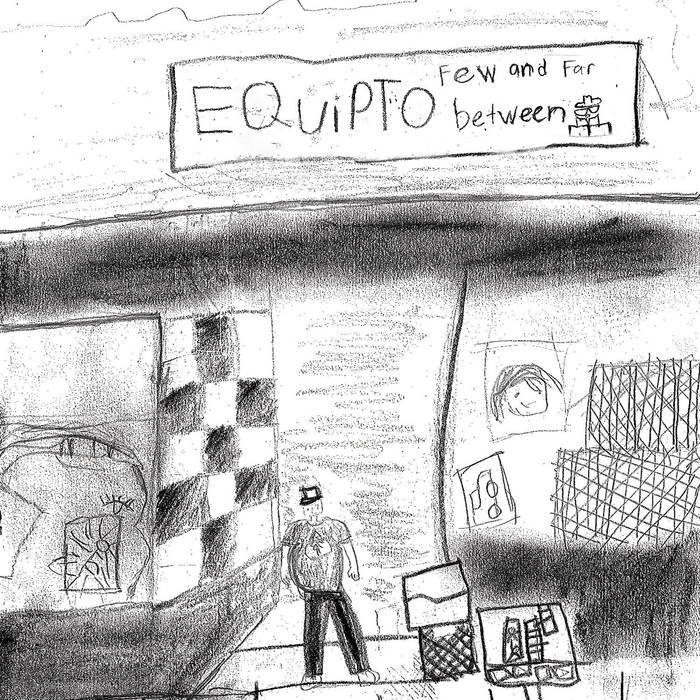