Chuckie Campbell is an emcee based in Buffalo, originally from Kentucky, who has been putting out music for over fifteen years now. Two years ago, he released the personal and ambitious album, Taking Back Tomorrow. Now he’s back with an EP that serves as a discussion of current events, Curious Incidents in Cancel Culture.

For this project, Campbell has enlisted the help of producer Willie Breeding, who brings just the right mix of Southern trap and gritty East Coast boom bap to get Campbell going. We also get some excellent scratching across the EP as well, courtesy of Uncle Fester and DJ Optimus Prime. This is all well and good, but the key to a project like this is the lyricism of Chuckie Campbell. Sometimes it’s really easy to sort out the cheesy and the dope emcees when it comes to political and socially aware hip hop, but when it comes to a project like this, which is going in so deep on current events and discussions of the myriad of issues happening right now and includes all of the lingo that’s thrown around on the internet and real life as we argue with each other, it can get a little bit harder to determine how successful this project is at first. You might bristle when you hear a certain term, or maybe you’ll giggle. Where Campbell rises to the challenge, though, is that if you stick with this project for just a little bit to get past the surface, there is definitely some smart discussion to had. Now, you don’t have to agree with Campbell on every single point, but that’s the beauty of a project like this. If you’re thinking hard about the issues and having a back and forth in your head as you listen to these songs, Campbell has done his job. Now, the fact that he’s done this and made the rhymes good and made sure that Breeding’s beats are dope, that’s just going to get more people engaged and talking.

Chuckie Campbell is a dope emcee, but he’s also an educator in his other life. Curious Incidents in Cancel Culture is the ultimate hip hop project that brings up current events and issues and asks, “Now, what do think?” and “Why would you say that?” It’s nice to have a hip hop project that isn’t easy to digest at first, but rewards you when you listen closely and think long and hard about all the material presented to you. 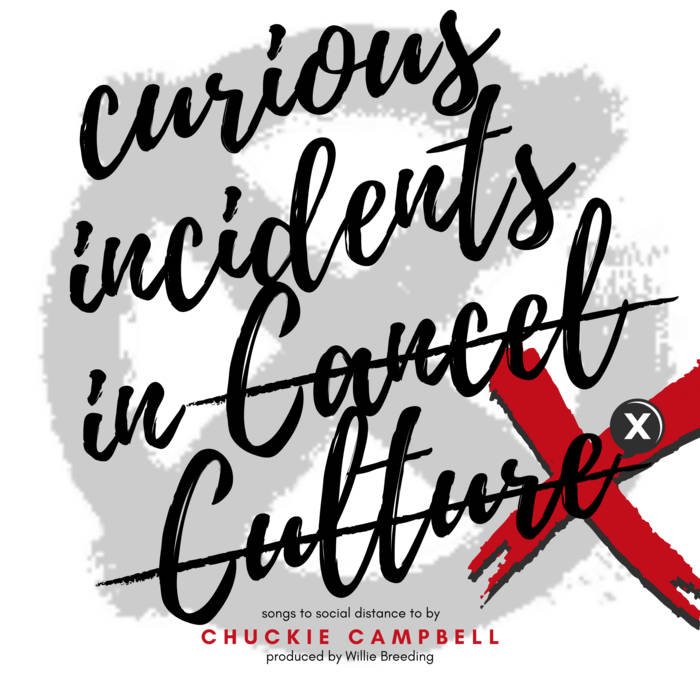