C.Shreve the Professor is the Asheville emcee who has been going strong over the last decade as part of the group Free the Optimus as well as a solo artist. Back in the fall of 2019, Shreve was ready to take a chance on himself and tendered his resignation at Appalachian State, where he had been working as an actual professor (not just a nickname). Unfortunately, 2020 threw a wrench into some of the big plans he might have had, but the good news is that we now have a new full length album from him done in collaboration with Bristol producer ILE Flottante, ILE.Pro.

Shreve and Flottante originally met on Soundcloud back in 2012, and while they have collaborated on a handful of singles over the years, this was the first time that things finally lined up for them to make a full-length album together. One listen to ILE.Pro, and you’ll hear the chemistry coming through your speakers and understand how these two clicked after finding each other. Flottante is working in this mid-‘90s East Coast boom bap style of production, but he’s making it his own by leaning into the jazz and playing with some unexpected melodic voicings and harmonies, all while still making sure that things are funky and have a nice pocket for Shreve to hop on and do his thing. The interesting thing here is that while on other projects we’ve gotten to see C.Shreve the showman and C.Shreve the battle rapper, on this particular album we’re getting a much more intimate and introspective C.Shreve. Don’t get me wrong, there are still moments where he goes in, and he addresses some social issues like how he has to acknowledge his privilege as a white rapper and make an effort to be a good ally. For most of the album, though, this is about a guy trying to wrestle with taking this big professional leap and having his safety net pulled out from underneath him, while still trying to be a good father to his son, and just trying to make sense in this world at a time when things feel like they are getting wilder and wilder. He does all of this with grace, but also with dope rhymes and skill on the mic – this is still an entertaining album to listen at the end of the day.

ILE.Pro is a great album from C.Shreve the Professor and ILE Flottante. Their chemistry is fantastic, and it’s the type of album that really welcomes you into their world and creates a personal connection with its listeners. 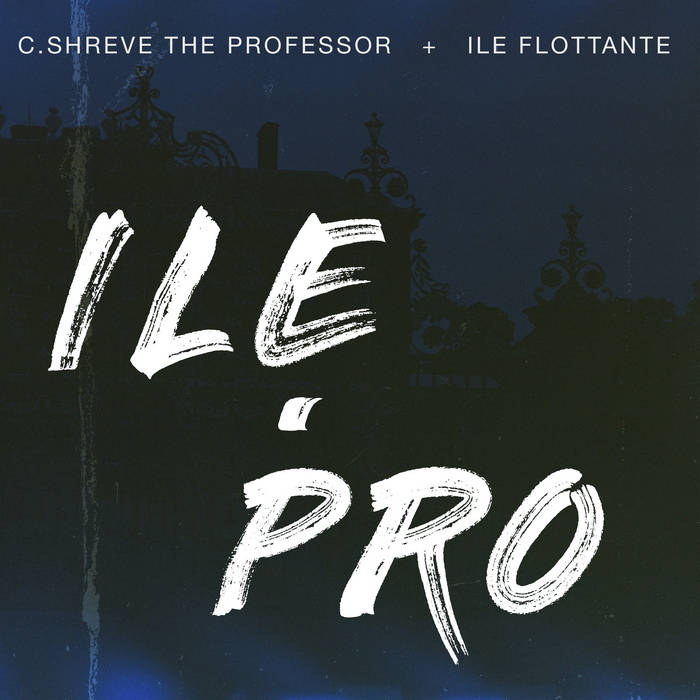