Brandon Isaac is an emcee from Cincinnati who has been releasing singles and mixtapes over the past couple of years, working with artists like Devin Burgess along the way. Now he’s finally ready to release his debut album, teaming up with Los Angeles producer Free Mind to drop The North Star.

Many times, when an artist is dropping their debut album, they’ll look for big singles or a lot of fun songs or material that goes hard, all in the interest of making a name for themselves and opening up the door. If that goes well, you might get some more personal and introspective material to follow that up. In the case of Brandon Isaac, he skips right over any moments of bravado and partying and goes straight to the introspection. The North Star is full of contemplative, midtempo soul-sampling beats, music that subtly sets the mood for Isaac to hop on the mic and just work through all of his thoughts and emotions. As a result, this isn’t for the casual hip hop fan who’s just looking for something lighthearted to bump in their car. It is for the serious listener who’s willing to really spend time with an album and absorb the words and the moods of these deeply personal tales that Isaac is weaving. He’s opening up and going deep about everything from systemic racism and how that’s shaped his upbringing to some specific narratives about people in his life and the relationships he’s forged along the way to get him where he is today. It’s the type of album that you really need to listen to one-on-one, where you can really just sit with the material and let it bounce around your head for a while as you process and unpack all of the feelings this music might bring up.

The North Star isn’t your typical debut album, but in working with Free Mind, Brandon Isaac was able to craft an album that will insure that anyone who gets into his music from this point will not just be a casual well-wisher. They will be a hardcore hip hop fan who appreciates the raw emotional honesty of his lyricism. 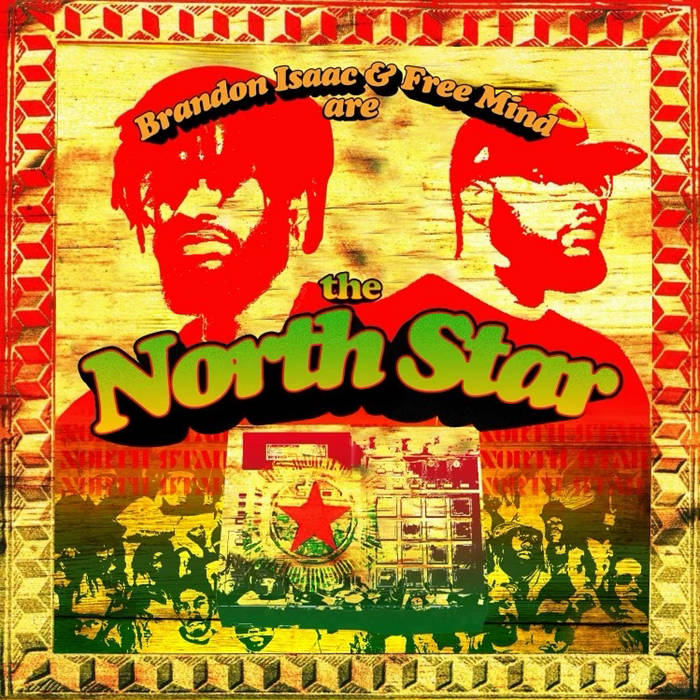 Previous: santpoort - ocean tales Next: L'Orange - The World Is Still Chaos, But I Feel Better